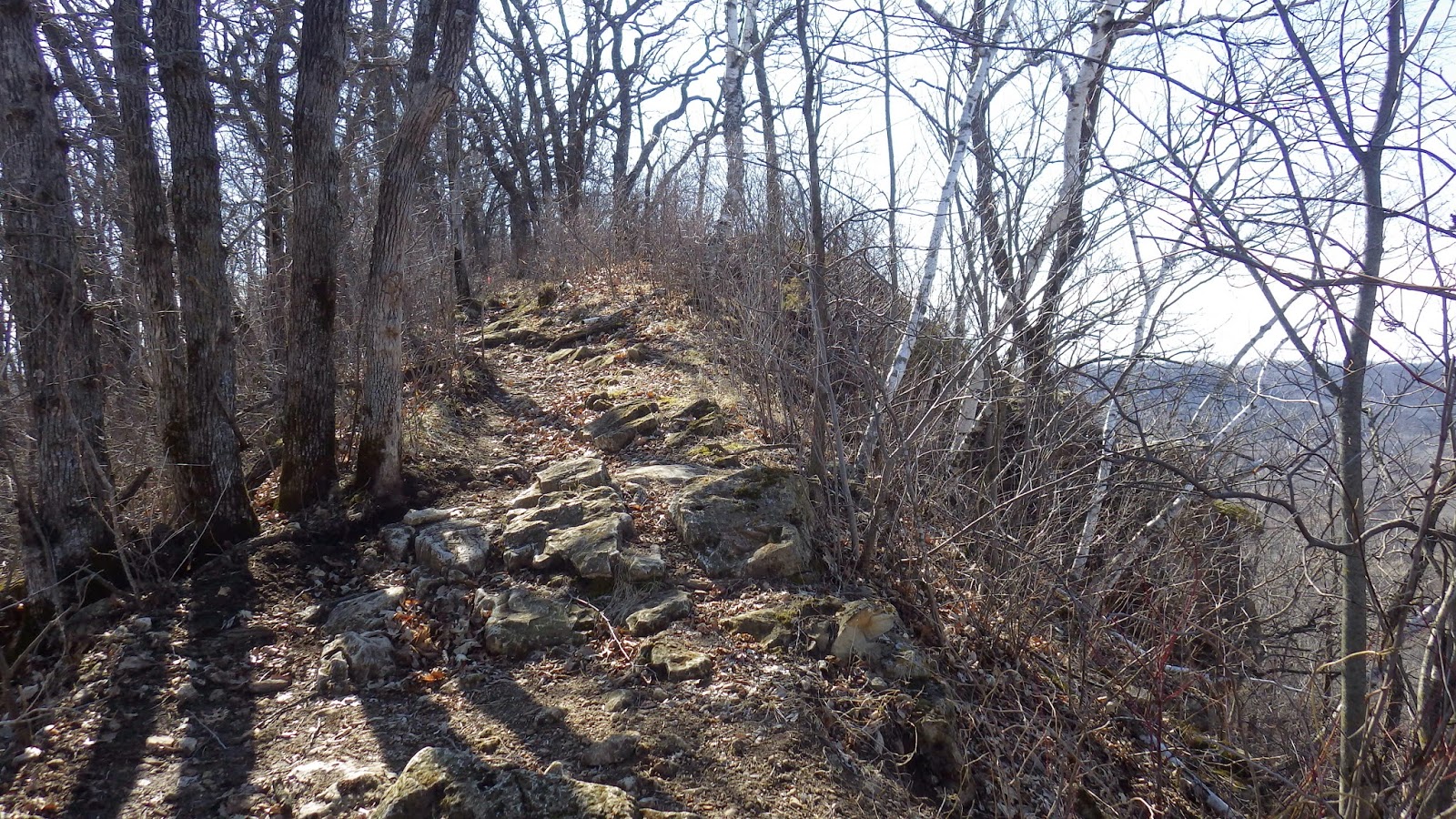 
I've crossed the finish of two hundred mile runs (2013 Zumbro and 2013 Superior) and I love the finish. It's an amazing feeling. But "I didn't finish" is not the defining statement of this run.

It's a six loop course. It's hilly and rocky and sandy and possibly icy and snowy and muddy. It's always beautiful. Race Director John Storkamp is an awesome guy and he and wife Cheri know how to throw a running party. It's a well-organized run, one that feels like a family reunion. We met some old friends and new friends at the pre-race hang-out time the night before, so many wonderful people.

I had three goals for race execution. 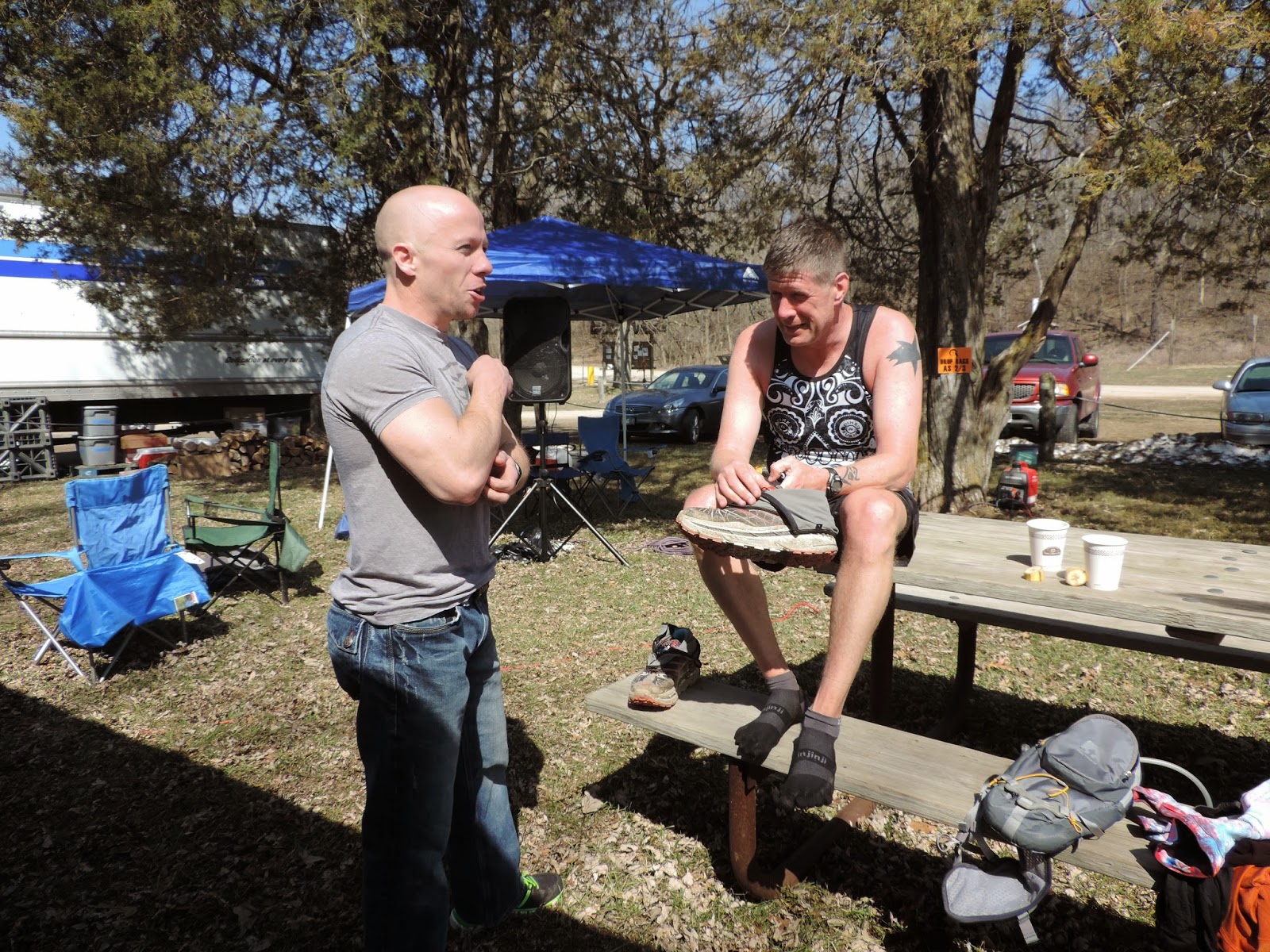 I reassessed my goals and added one (since I had ignored the first). For the next few loops I should simply run conservatively and consistently. Leaving the aid station, I realized that first loop had taken something from me. Quite a few times in loop 2 I heard Neil Young singing, "It's better to burn out, than it is to rust." I love Neil Young but he doesn't run ultras. 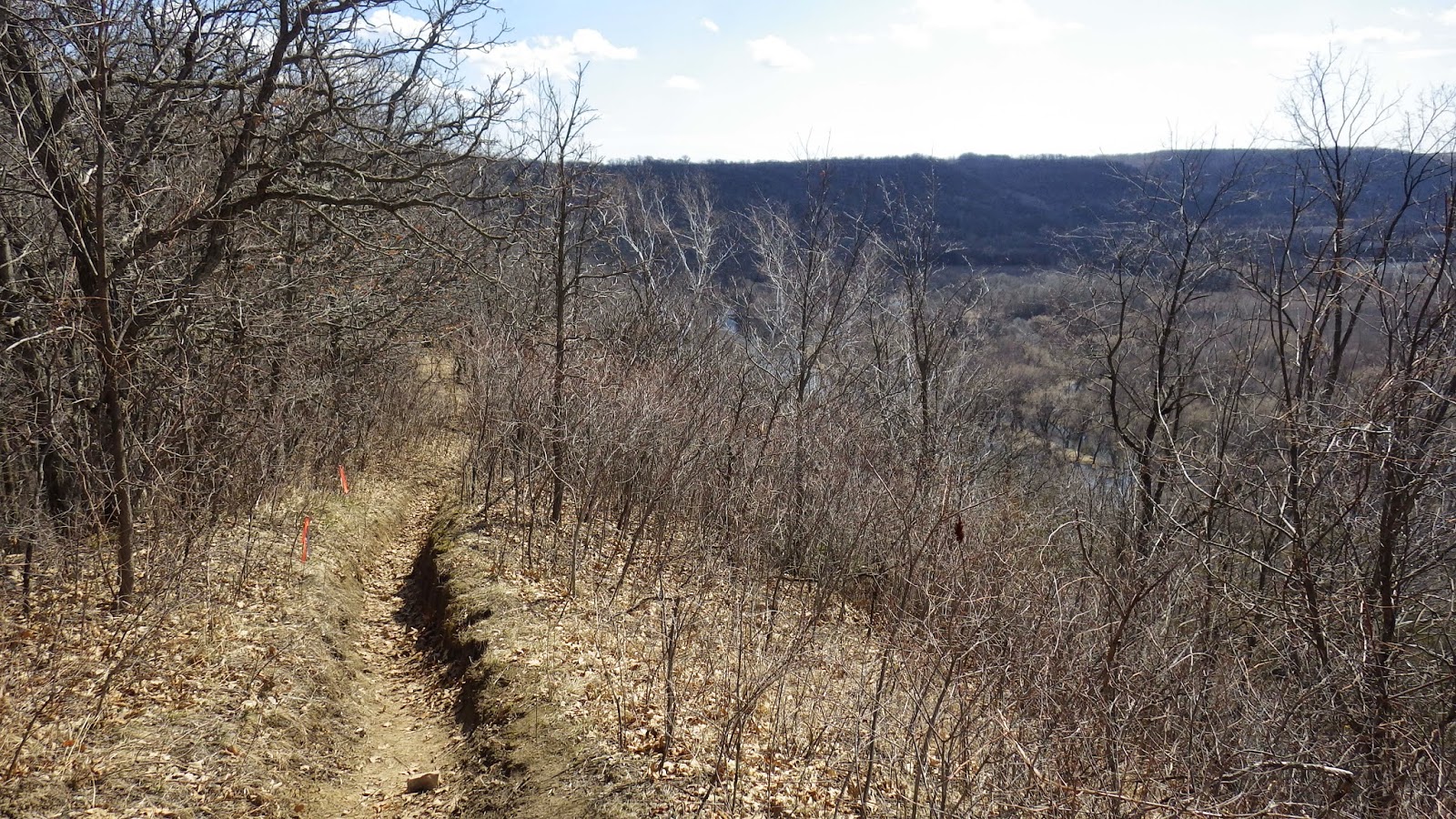 This race is incredibly dog friendly. The aid station dogs were the best and I got to know them all really well. They were very happy each time I came back. They were curious about what I chose to eat. They sang. They did the things dogs do and it was comforting to have them around. 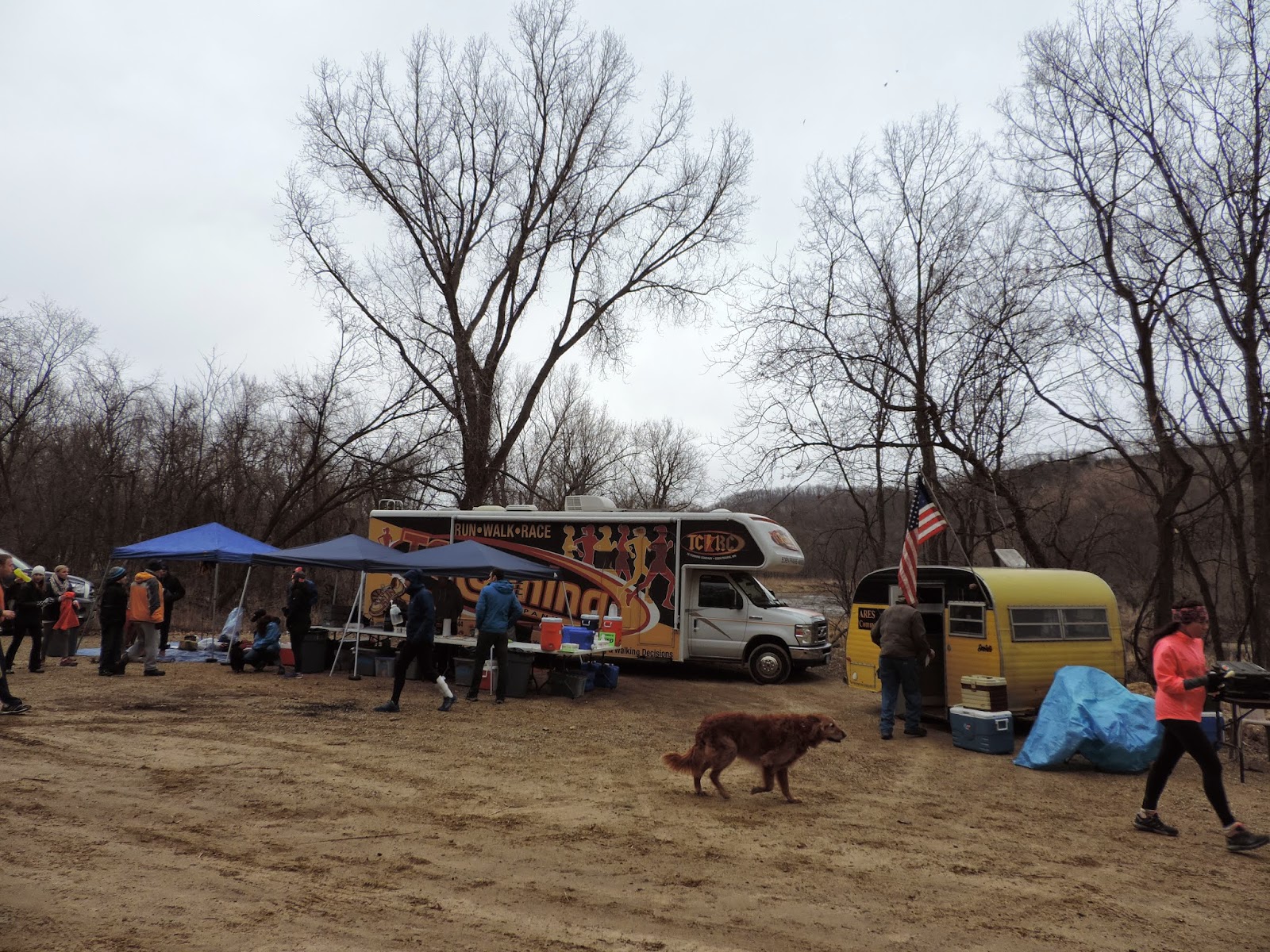 Loop 2 began to hurt. I remembered that the section between AS 1 and 2 is, for me, the most difficult section. At a place called Picnic Rock I threw up (or was that on loop 3?). But I had fun too. I loved the sounds of the frogs in the lowland swamps and the high ridge views. The breeze was perfect as things were warming up. Someone told me to consider sunblock. I ate some grilled cheese. I saw Lisa at several aid stations. She's amazing. And inspiring. 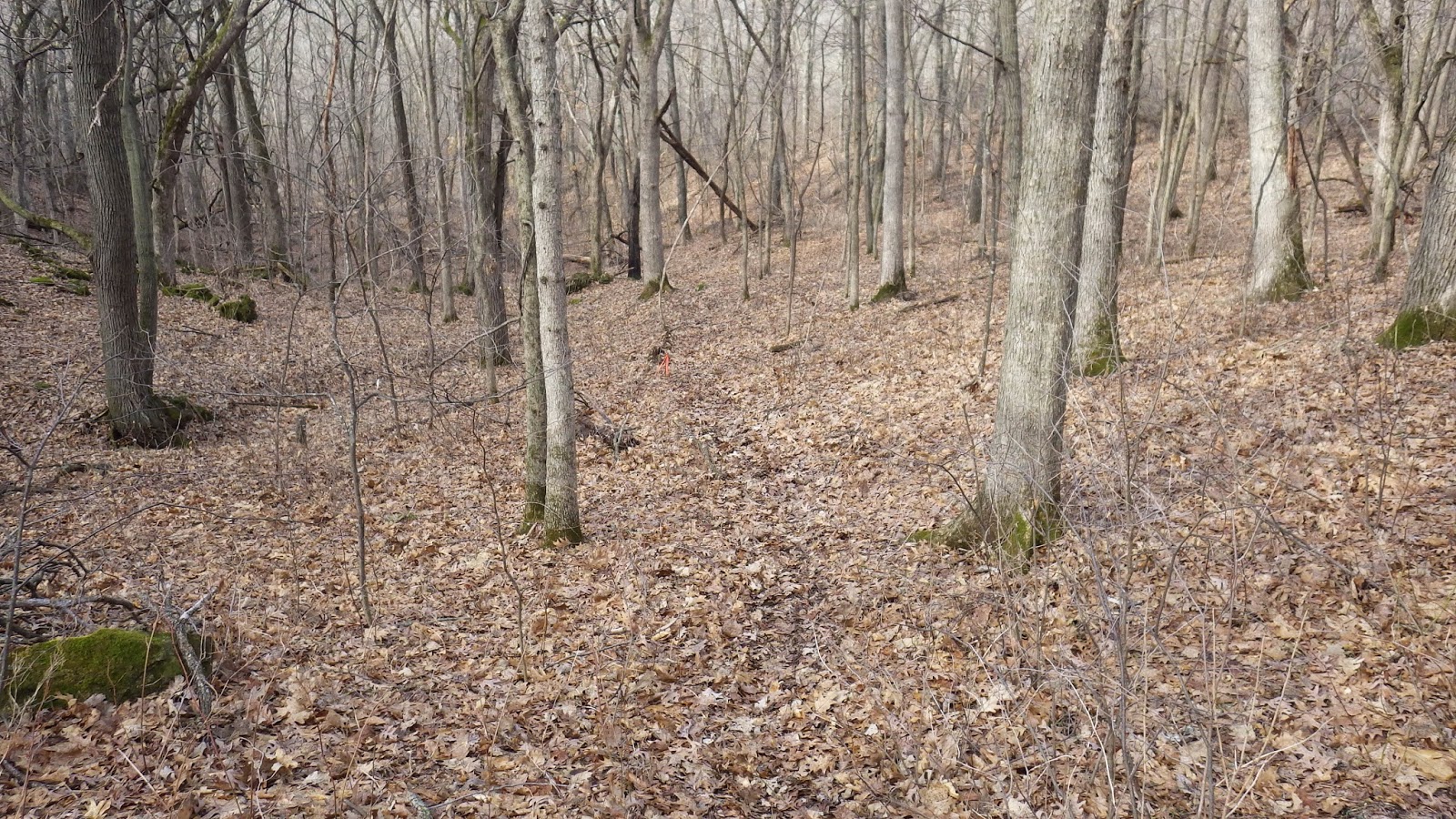 Loop 3 continued to hurt. I continued to have fun. My mantra was "consistent and conservative." Memory gets fuzzy. I told Lisa she was in charge of my brain. It rained just long enough for me to pull out my rain jacket. 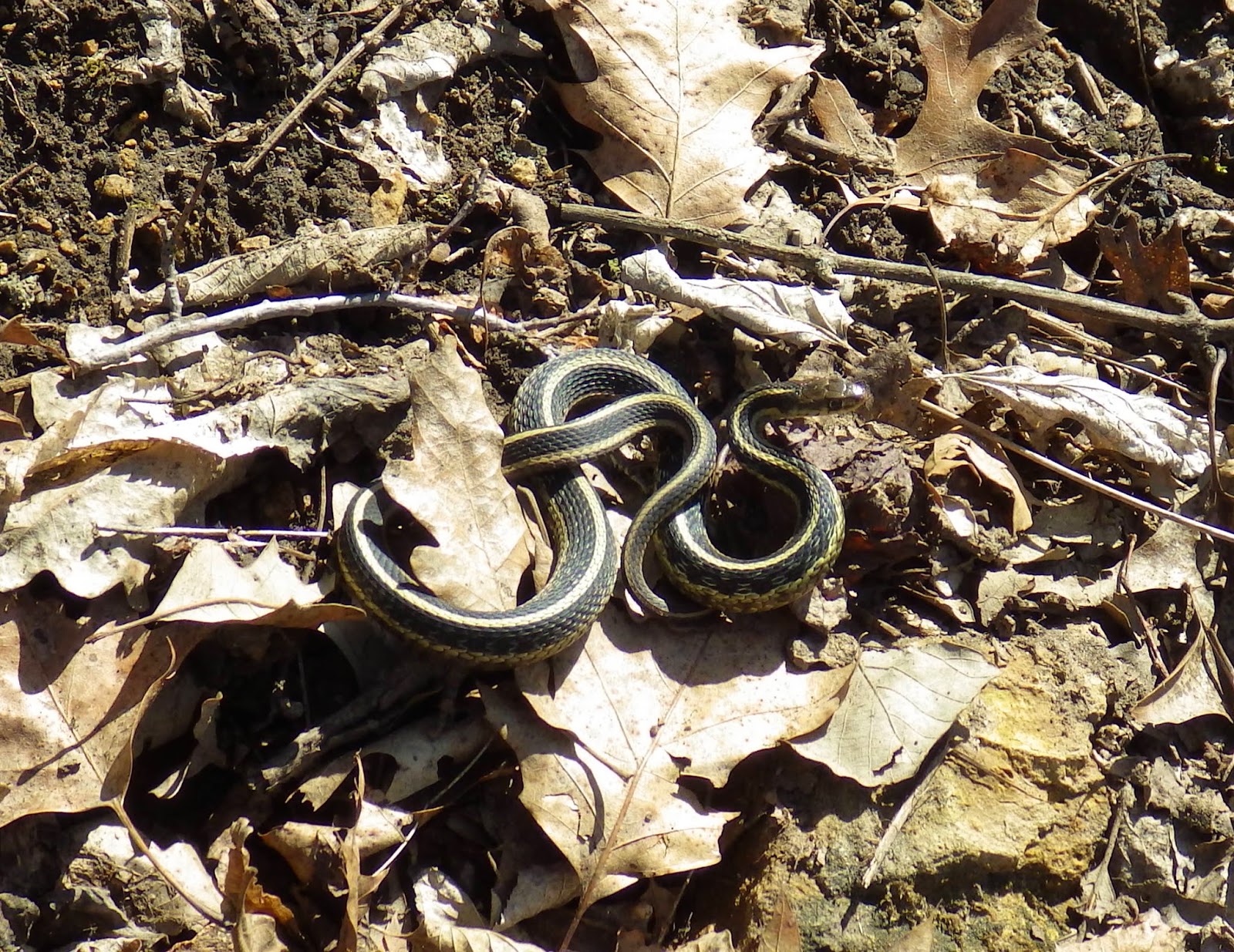 I sat down at AS 3 for a few minutes. I can't get over how accommodating all those volunteers at each station were. "What do you need?" was their standard greeting, and if I didn't know what I needed I got suggestions. I learned I should eat more salt pills when sweat had crusted my entire face. I learned bananas would help settle my stomach. They also had great music, wonderful optimism, and lots of foot knowledge.
I'm not sure where I was when I pulled out my headlamp and turned it on. I had run through some heavy mental places already. After loop 3, the halfway point, I knew I needed to find a reset button inside me. I took a nap in Lisa's car--I hated to ask her to wake me. After the nap, I reminded myself to remove all negative mental energy from my mind. There could only be room for peace and positive thoughts. From here out, when negative thoughts entered, I told myself to let them go. 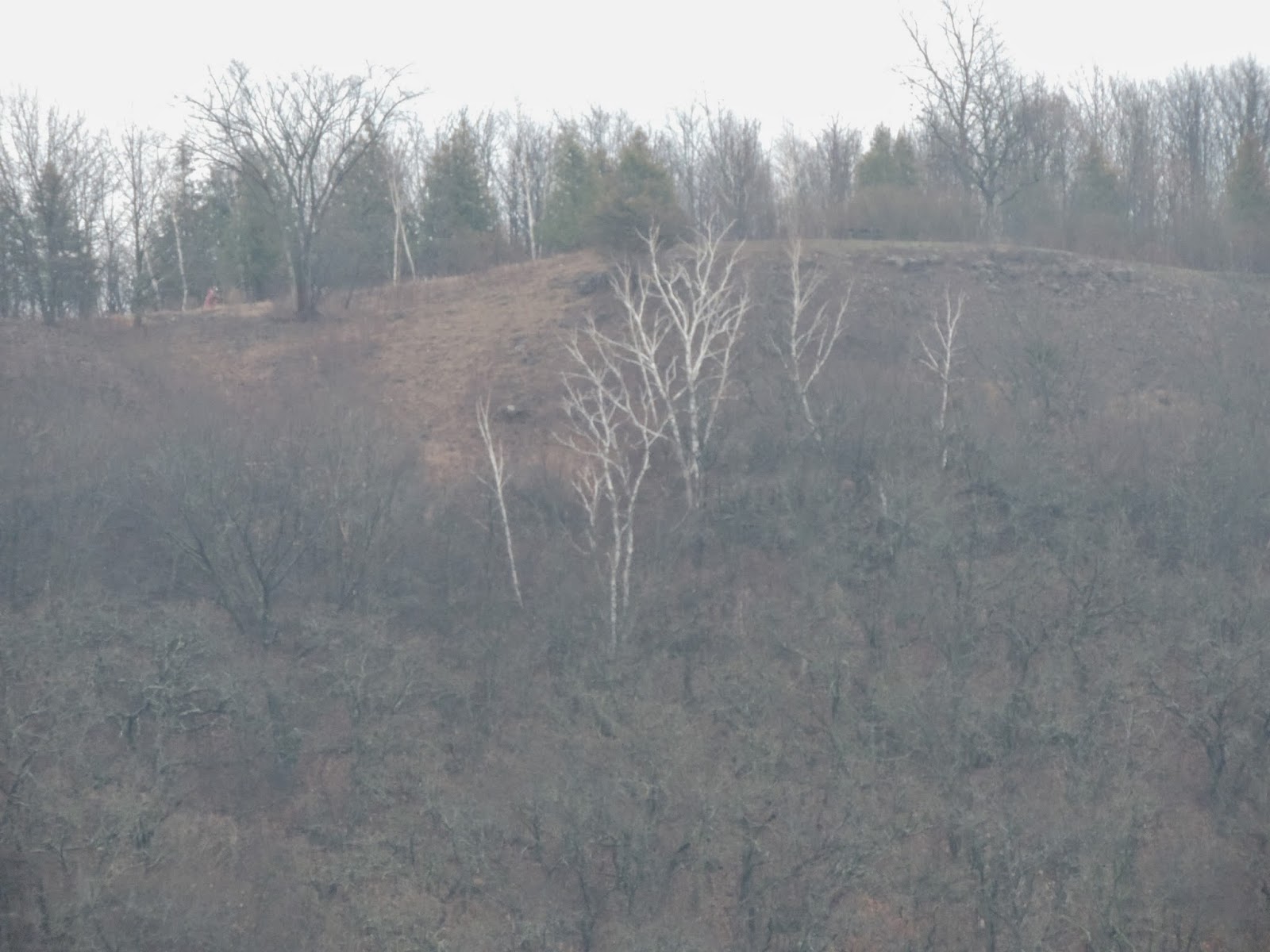 When I left the campground around 11 pm, Lisa and I noticed a lovely moondog. I felt better. I was in a more meditative state, constantly reminding myself to stay in the here and the now. Night running makes that easier. A mouse stood on a rock as I passed. Owls called through the dark. Earlier, someone had mentioned green spiders, and I noticed their sparkly backs shining against my headlamp. I reminded myself to go deeper into my body, to embrace whatever was there. 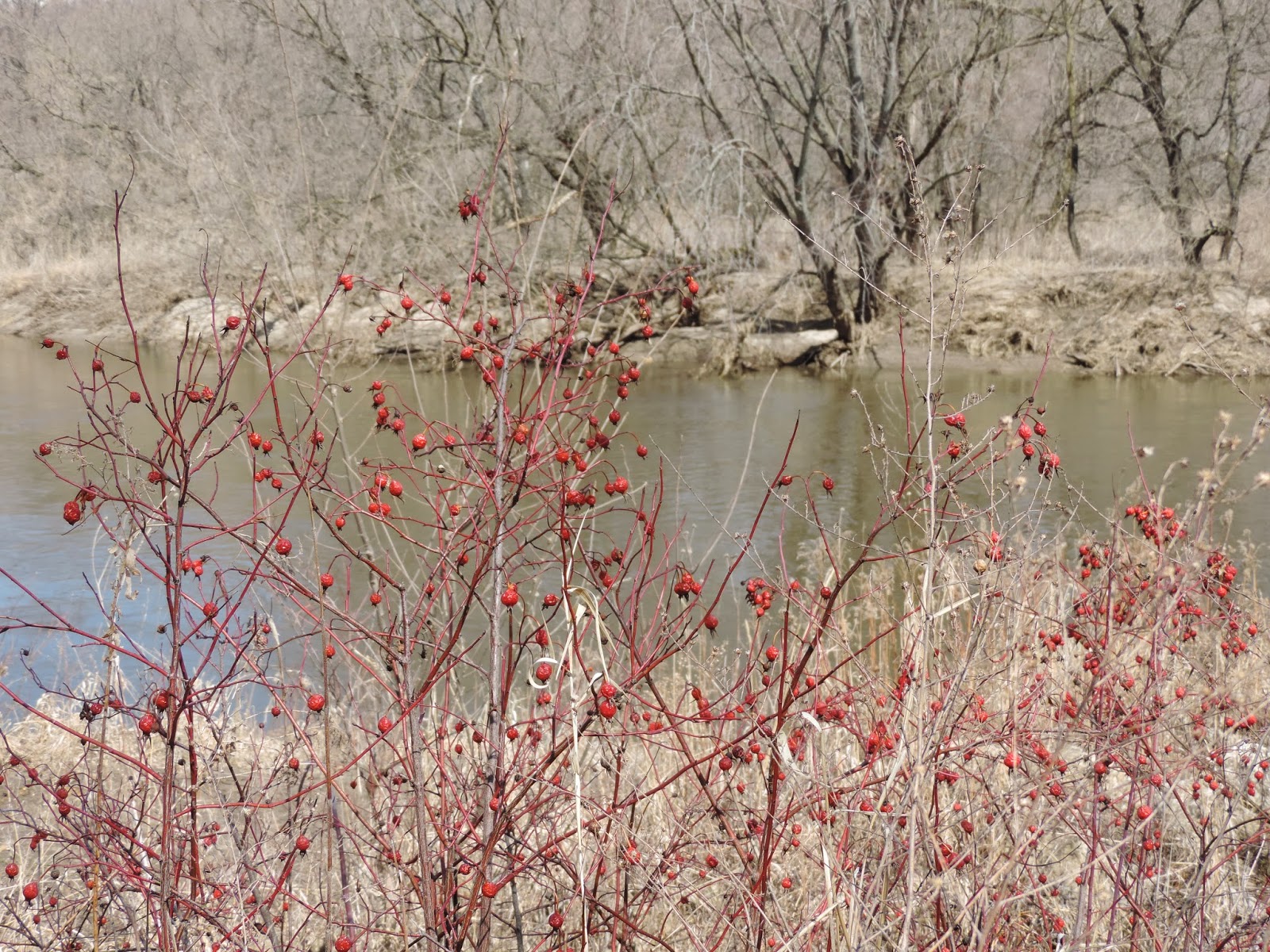 The fifty milers started at midnight, and the first ones came by me around Aid Station 2. Several friends were running it and I was looking forward to seeing (hearing?) them. Many passed me around Aid Station 3. I sat down on a cooler for a moment and the string of headlamps climbing the hill was a beautiful thing. A friend later said that when he came by me, I was standing there just staring at the sky. It wasn't stars I was looking at but ridgetop headlamps. I love watching them move and feeling some kind of connection with each runner spread out there in the night.


I finished loop 4 and found the cooler outside the car. Lisa was asleep and I grabbed some watermelon and soda and cookies and ate. The watermelon was so good. Lisa came over and rubbed my legs. It was somewhere around 4 am and my quads were trashed and had been cramping since loop 2. I didn't stay long. 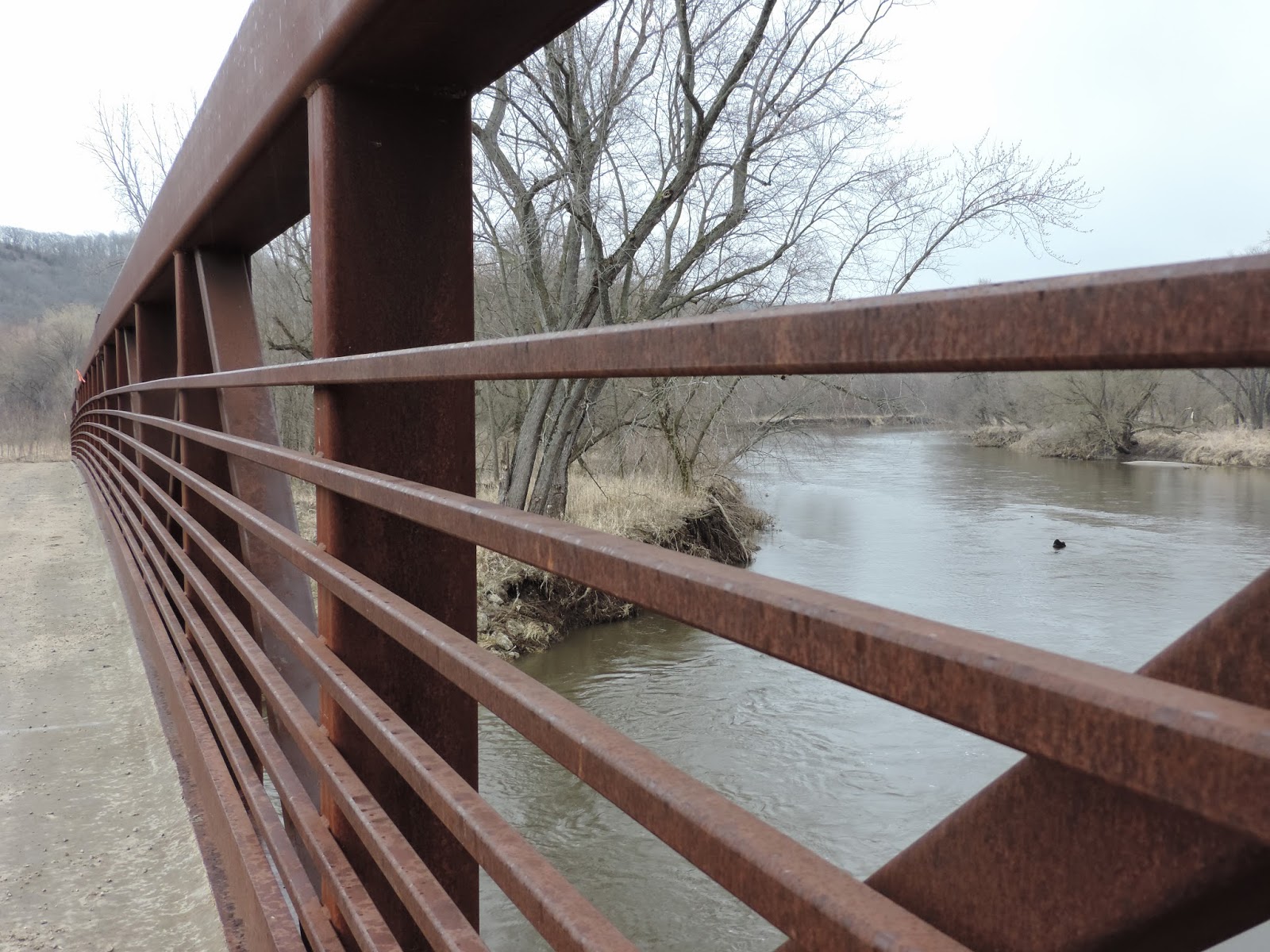 I was feeling good on loop 5. It rained a bit around 4:30 am. There's something about the anticipation of daylight in the early morning hour that recharged me. I've made it through the night and am coming out the other side. I was past Aid Station 1 when daylight appeared. The sound of so many birds energized me. At some point in that section I put myself in the back pocket of a 50 miler named Janet and followed her feet and voice. I told John at AS 2 I was rallying. At AS 3 I told Janet thanks for helping me get this far, that I needed to sit for a moment. It was raining again and I didn't sit but I drank some soup broth standing under the tent while volunteers pushed rain water out of the top of the canvas. It was a few minutes after 8 when I left to climb out of there. 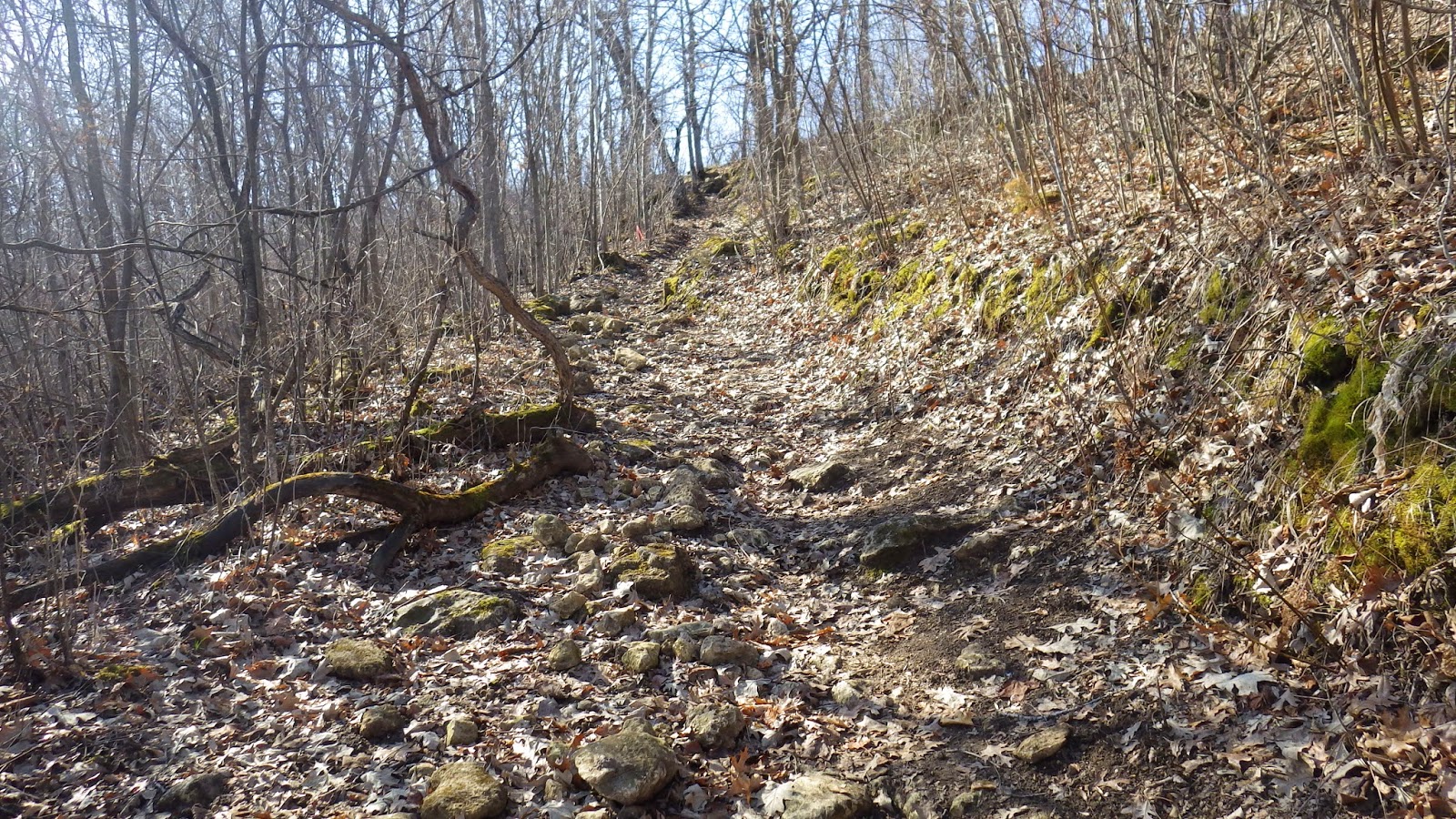 It's a longish climb, at least on the fifth round. I could still see the lights of the aid station when I realized it was really pissing rain. The taste of salt was pouring into my mouth from my dried sweat. Hail was pinging off me, splashing the puddles. After another turn I was climbing through what felt like a creek of fast moving water on the trail. I was laughing out loud because it was so hilarious and fun and cold and there was nothing else to do but laugh. And keep moving. This climb and the ridge top felt like I was up there for hours. Parts of the earth were moving in big chunks. There was the lightening overhead. I was soaked. The cold came in through my hands and feet. I sat in a shelter on the ridge for a few minutes with my hands under my armpits, then kept moving. My breathing was getting weird and shaky. The wind at times sounded apocalyptic and made me think of trains and tornados. I shuffled along the ridge slowly and carefully. Coming down Ant Hill, rocks moved around, pushed by water and mud. 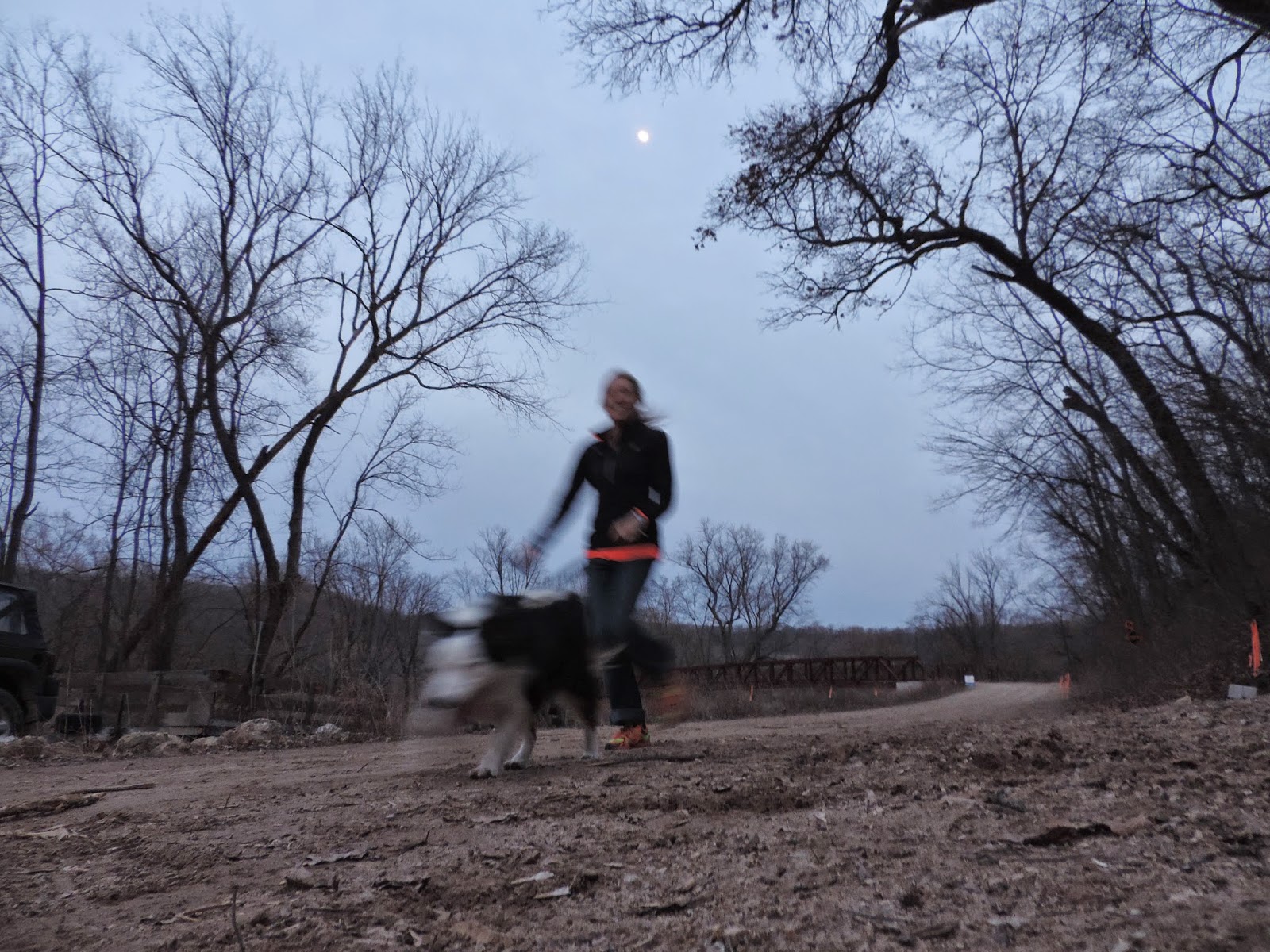 At some point before the gravel road, I had to step over a log. My teeth were chattering. I looked at the log and knew I had to do something to get to the other side of it. But I wasn't sure what to do. I wasn't sure how to do it. I'm talking about stepping over the log. I realized I was a mess. I walked most of the road. My breathing was getting worse. My fingers were blue. The thin running rain jacket I had with me was useless. By the time I got to the river crossing my head was twitching. Crossing the bridge, I cried a little. I don't know if it was from relief to arrive at shelter, or knowing I was finished, or pure exhaustion. It was an overwhelming emotion.


I rode back to the campground with other people who had dropped. I think I freaked Lisa out some when she saw me. She got me in the car and turned the heat on. She helped me change clothes. She put a sleeping bag over me and talked to a medic about what I needed, brought me some soup broth and a handful of bacon. From her car, I watched carloads of other drops coming in wrapped in space blankets. I also watched people finish, including my friend Tim who won the 17 miler. I watched other people finish loops shivering and friends swarming them with shelter and nourishment and heat. I watched my friend John, the Race Director, and realized what a joy it is for him to see people finish his races. Eventually I got out of the car and found some scrambled egg quesadillas, which I threw up on the way home. But at the time they were miraculous and I kept shoveling them in. I talked to many people who were just like me, hypothermic and glad to be dry.


Now here's the thing. I love running. I love running on beautiful trails with amazing people, and I got to do that for 80 miles at Zumbro. There's nothing I've found that puts me in the moment more than running long distances on lovely trails. Of course I wish I had run 100 miles instead. Of course I learned plenty. To cross the start line is an acknowledgement that you might not cross the finish--it's a given that we live with, and that is part of the adventure. Today I'm satisfied (and sore) with 80. I'm comfortable with the limitations I found. I don't feel like it was a failure at all. This weekend I got to do this thing I love, with the woman I love, surrounded by wonderful people, and I got to see and feel things I didn't expect to see. This weekend I went for a run and I got to live a little.